Thanks for making a Brawl page BTW. --

Im not new, i was just not interacting much, but now im getting more interactive.

And if you want to add things like Leet Build of Whenver, take a look at this. It has a full list of ____ of the Day, or of Whenever or what not. --

melandru's arrows and Mark of Insecurity

..really? ive never used MoI but i imagine its good, but my favorite ranger elite is Incendiary Arrows--TheNoobPolice 07:20, 30 July 2008 (EDT)

personally having an elite prep that lasts 12 sec and recharges 24 sec to me is meh, unless u waste your 2ndary slot on mes, bring arc mimic, hav a hero bring practiced stance, and use that. Btw i was jk about Mels Arrows being used with MoI, no synergy whatsoever.

Something about your vote

This is regarding your vote on Build:A/P Hidden Caltrops Spear. You say that there are more effective snares, but the snares you give aren't more effective. Grenth's Grasp is the EXACT same snare, and Shadow Prison is far too short. HC is almost guaranteed to trigger, as, even if you miss, someone else can activate the cripple. Way of the Assassin is a horrible elite, see here. Critical Defenses...is bad. It's a RANGED attacker (which means escaping it is hard), it doesn't need to depend so much on blocking, especially when its target CANNOT REACH IT. Your rating shows a failure to understand the concept of the build, and should be changed or removed. Suggesting horrible skills and claiming that they would make a great build is enough to invalidate your argument. Ekko

Bad skills rofl, WotA is a great elite, saying crit defenses is bad means u fail. GG sins are better at snaring, so whats the point in using HC anyway. SP is to short, sure that might be true, i'll change that, but rly this is just inferior to GG sins and should be put in the gud section at MAX, and if u want a RANGED snarer, just use a dang cripshot if your so desperate for snare. Linix65 5:42 pm, 30 July 2008 (AEST)

WotA and crit defenses are good if you're a complete shitter who plays low end badly. —The preceding awesome-sauce comment was added by Rawr. 08:06, 31 July 2008 (EDT)

And, the build deals more damage than a cripshot. The point of the build is to have both a highly effective snare and a decent amount of damage. You can't compare it to a GG sin, because that's a spike, and this is more pressure. Please, gain a basic knowledge of the PvP scene before voting. Ekko

Sry i'll go edit my vote, it was very L8 that night, and atthe time i dont think through.

longest 2 minutes of my life

so i just uploaded an image u can use :] 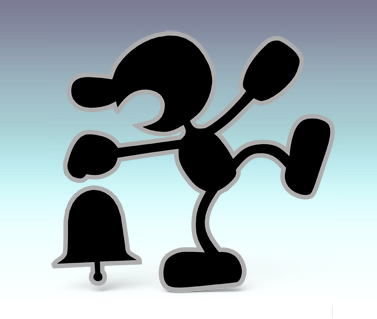 Tah-da! You can also see here for photos of them (although you may have to Ctrl->Print Screen and cut the image out). --

its a secret u will nvr know.