Hey, welcome to PvX. See here for our guide to new users which gives hints on editing and how pvx is run. Please remember not to put tags in your userspace (the {{Great-Build|HA}} thing). Oh, and remember to use the Show Preview button below the editing window to avoid flooding Special:RecentChanges - AthrunFeya

Hello there pirate, it seems you have already got an account registered here under the name User:Piratee, I am assuming you don't want this account anymore. Unless you want to switch back to that account, it will be permanently banned as there may only be 1 account per per person! Thank you very much, yarrrrr ^____________# --Frosty

I still love you

OoS and OoB are both well better than SC because you don't want your rit to just be a resto bitch or its basically a 3 man backline lol. You actually want utility not 'i dont trust my monks so ill spam wep spells and hope for the best' builds. I mean its ok in some situations, but generally OoS and OoB are soooooooooo much better because they actually do something other than pretend to monk Rawrawr Dinosaur 17:46, May 19, 2010 (UTC)

I disagree, in OoS/OoB theres one slot for utility, and theres also one slot in SC. OoS mostly take Channeled or Convert and OoB almost always takes Strip Enchantment. SC takes either Rend (which pretty much equals strip ench IMO, just a bit less spike damage) or Convert (Which equals what most people take in OoS)--GWPirate 18:52, May 19, 2010 (UTC)

2 Slots, you don't have to run 3 weapons all the time like a girl. --Frosty

Hi, Pirate. I've noticed that you seem to have some trouble when you reply to comments. Instead of indenting, you're simply adding the comment on the next line. That doesn't work on wikis. Check out this page for an idea of how you can make your statements more clear and indented. Karate

If you actually knew what i was referring to then you couldve been constructive in this conversation :<.--GWPirate 17:19, June 20, 2010 (UTC)

What you said doesn't become smarter even if you deleted something incredibly autistic. Your statement doesn't get any better. --17:46, June 20, 2010 (UTC)

you are one, you fucking shitter. --Frosty

More like trying to hide that small portion left of your dignity. Vincent Evan [Air Henchman]

That was a pathetic excuse of a comeback. If you were smart (HURR DURR YM jokes) you would have questions why I would have said such a thing and managed to slightly troll me by calling me out. But no, you did some bad joke about prematurely ejaculating on my mom after 1 minute of pleasure. Shame on you and your shittiness. Vincent Evan [Air Henchman] 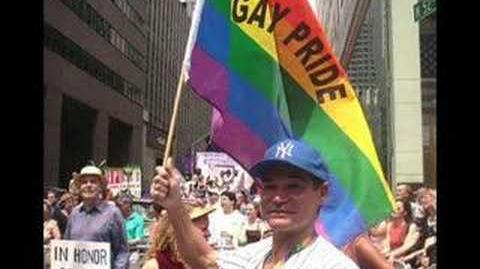 I love how bad you are. -Short

In the words of the wise man himself "I suck a mean dick." Vincent Evan [Air Henchman]

ye i shuld totally type like this kk! im just so full of myself that i use shift and dots and all that fucking shit to separate myself from all u niggers ahahaha. suq nigger can't compare because u'll never get either one before prom night wif ur mom ahhhahahaaa. then after ur mom fucks ur ass with a strap on mr flax finally knows that dick is all the real deal because ur mommys pussy is sloppy and infected lolol --DANDY ^_^ -- 13:41, June 28, 2010 (UTC)
Also, you're so right, and it made me chuckle. --DANDY ^_^ -- 13:41, June 28, 2010 (UTC)

I'll prove i have class too.

Right You're bad at the game

I mean, what would a Warrior be without a Major Air Rune?