I have to confess that my homosexuality is nothing but a low joke, and that I am actually straight and normal like most other normal men are. It started off as a simple inside joke from my "Chaos is gay" signature, but soon grew to epic proportions and running out of hands, stirring a lot of drama around both GWW, and to a lesser extent PvX. Since I'm quite inactive on both sites I figured it doesn't really matter much what I tell people. People thinking I'm homosexual has just created a barrier between me and them, hampering my everyday discussions with people. --Chaos? 09:17, April 1, 2010 (UTC)

Your pissing on my hopes for playing random gimmicky shit with you :< Steamy Igloo!

My MSN is on my userpage, you can always ask me online if you want to come up with something fucked up. My focus will be terrible though because I really gilwor about gil wors <3 --Chaos? -- 15:36, April 2, 2010 (UTC)

This proves how bad players in gw are: Just got to golden gates without skipping with hench backline and 2 PvEers running RoJ. Wut? --Steamy Igloo!

:P now we have a para hench and still winning. This is fucking hillarious.. --Steamy Igloo!

Or just guildwars is having the final nail knocked into its coffin.. --Steamy Igloo!

Somebody said they wanted you to have a look at this: [1] --Steamy Igloo!

See if your still smiling when your getting a dozen requests a day :> --Steamy Igloo!

I used to be half decent but now that i quit it i did like 1 vq a week ago with a friend and i was terribad. --Steamy Igloo!

I just spent about 3 hours farming gvg zquest with 2 terribad monks and 6 MB ele's in a rank 2000 odd guild. Wtf. So fun though, we kept coming up against hench that balled and spiking down like 4-5 hench in 1 go :P fun times --Steamy Igloo!

Made a random new guild and resigned about 10 or so times at the start to get low rank then resigned every time we came up a guild better than rank 1000 :P we won most games inside a minute from them resigning was actually incredibly fast :P --Steamy Igloo!

I'd drop Rejuv, you don't want to spend so much time casting spirits, since you want to be the only healer, and the healing isn't that strong on Rejuv. Your build is also quite fucked up without a spirit, so then again relying solely on Life is bad, because in really tight situations you won't have time to cast it, but will likely have to. Without Rejuv you can also remove only 1 condition, which also kinda sucks, since getting covered conditions off is cool. It's a vicious circle, not so good ;p --Chaos? -- 11:36, April 5, 2010 (UTC)

Well, Rejuvenvenation is in my opinion the best spirit to have, mainly because its very large amount of health and it usually always lasts its rechage in RA, and having +5 regeneration on everyone is kewl ^.^ its basically an arena version of recuperation in GvG only better xD. Perhaps i should drop a spirit and get some item spellsOcirne23 12:05, April 5, 2010 (UTC)

Whack for my daddy, oh! Whiskey in the Jarro.

i hope they're just being retarded. if not, here is a cover version by the cutest band in the world. - AthrunFeya

Maybe another time i'll post you a funny pic. 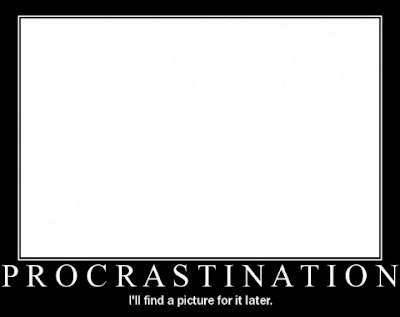 ^ reminds me of that motivational poster we made dandy.. --SteamyIgloo!

Nevermind, he loves all of his 11+ personalities. I happened to count them today when me and my sister happened to discuss all the acting and lying and double lives we've been living ;o "Double" isn't very accurate though <3 Chaos? -- --21:34, April 9, 2010 (UTC)

The lie must stop

standard page is standard, and probably boring too. --SteamyIgloo!

Alright then, Dandy! You have bad hair! How was that? Vincent Evan [Air Henchman]

In-fucking-credible, because Eddie Izzard told me its like 70% how you look, 20% how you sound and 10% what you say and your sexy with a sexy voice so even though your talking shit your still epic at trolling. --SteamyIgloo!

I actually found it so fucking hilarious that I uploaded it myself there ;o it's a Finnish imageboard for funny shit, and I finally found something epic worth posting. Hope you don't mind? :> I know how you dislike Lilondra using that sig pic ;o --Chaos? -- 15:16, April 15, 2010 (UTC)

Hell no I do not mind one bit. And I didn't mind Lilondra using that image for their sig at all; just wanted them to tell me they were going to use it.--Ikimono...And my Axe!

I have stuff you might like first off, google images-> dan dyer (dandyer looololololo) second off, http://www.youtube.com/watch?v=phyqA1qTBKk

DANDY THERE SEEMS TO BE A SEVERE PROBLEM WITH THE PRESENT STATE OF OUR RELATIONSHIP AS I SEEM TO BE VISITING THE CERTAIN COMMUNICATION APPLICATION NAMED WINDOWS LIVE MESSENGER HOWEVER WHEN I VIEW MY CONTACTS I AM CURRENTLY SEEING A SEVERE LACK OF DANDY. I NEED TO REMEDY THIS IMMEDIATELY OTHERWISE MY MSN MAY CONTRACT MANY DISEASES NAMELY AUTISM AND STUPIDITY WHICH IT IS ALREADY IN DANGER OF CATCHING FROM ME. ALSO I WOULD LIKE TO SHARE THIS DEFINITION OF A WALL OF TEXT I WAS LUCKY TO STUMBLE ACROSS LAST NIGHT: A LARGE AND INTIMIDATING PIECE OF WRITING, PARTICULARLY ONE WITH FEW OR NO PARAGRAPH BREAKS.

Monobook is cool, just look around special pages if you really care, but essentially Frosty will be a ton of edits before me for another while, because housekeeping and dat shit. --Chaos? -- 16:25, April 28, 2010 (UTC)

And why are you so happy exactly?

Well, I came to Helsinki to find the streets full of shouting and laughing people who can't walk entirely straight. But of course not every single soul. --Chaos? -- 10:42, May 2, 2010 (UTC)

i thought that was most days.. - AthrunFeya

that the image above your Archives is a Pink Purse. That it was like the top of an Image of some Guy in a Pink Robe and a hood >.> my Stupidity still haunts me--Bluetapeboy 19:43, May 3, 2010 (UTC)

I WANNA BE THE VERY BEST, LIKE NO-ONE EVER WAS. TO CATCH THEM IS MY REAL TEST, TO TRAIN THEM IS MY CAUSE. I WILL TRAVEL ACROSS THE LAND, SEARCHING FAR AND WIDE, EACH POKÉMON TO UNDERSTAND THE POWER THAT'S INSIDE!

EVERY CHALLENGE ALONG THE WAY, WITH COURAGE I WILL FACE. I WILL BATTLE EVERYDAY, TO CLAIM MY RIGHTFUL PLACE! COME WITH ME, THE TIME IS RIGHT, THERE'S NO BETTER TEAM! ARM IN ARM WE'LL WIN THE FIGHT, IT'S ALWAYS BEEN OUR DREAM!

I'm gonna call that the link is a rick roll and Mr Pirate is a tool! --Frosty

I have some free time for now, GW can't be played on my computer. You know that rift. Vincent Evan [Air Henchman]