Chill with the picking with people, bro.

I do not celebrate Kwanzaa. I celebrate Christmas like most normal people.

Since Crow is banned, would you like to join me and Misery in a weekend slumber party, Misery is already here but he is staying untill Sunday night, I truely hope you take me up on this offer :> --Frosty

This will be a very sensual weekend indeed :> --Frosty

You have to be infinitely sensual to be worthy of this slumber party with me, crow and misery, unfortunately every time I look at your signiture it makes me die a little inside. --Frosty

I have fix'd my signiture for your liking frostels

Crow cannot respond due to him recovering from a sensual slumber party, however I can inform you that he is frilled and also says, haha suk pvx. --Frosty

The Picnic Pioneers support your initiative to be Crowtastic. If you reach 1, we will give you a shrine of honor in our hall. —ǥrɩɳsɧƴɖɩđđɭɘş

Which one am I, out of curiosity? —

Taking a Me/N means the opponent needs to send back their flagger, which means there should be no recup at stand. Then what's the use of Signet of Binding?  Thomas So Dutch  13:42, December 20, 2009 (UTC)

Things don't always go as planned, sometimes your me/n gets collapsed or they have a cripshot with remove hex stopping it pushing your base, in which case flagger will come to stand. Having it there just in case of these situations is always better than just hoping for a perfect situation every game. It made our match vs GoH a lot harder to win because of no recup up. --Crow 13:50, December 20, 2009 (UTC)

how to beat with dual R on imperial

It's hard to know without having played against it :/. I can't know for sure how much your wars will ever be able to do and whether you can get enough damage on spikes to turn around and spike down the hammer war + start training on monks. Also I don't know if it would just be easier to constantly collapse the me/n with ranger until it's pretty DPed out and leave your flagger at stand until then. --Crow 00:55, December 22, 2009 (UTC)
Also it seems like if you could just snare up the 2 linebacking wars, keep flagger at stand and collapse me/n with poison ranger (it's pretty easy to solo them if you have remove hex) then you could probably wipe them really fast since they have no defense beyond linebacking. --Crow 01:00, December 22, 2009 (UTC)

A place of honor

In thanks for your great service to the Picnic Pioneers, I present to you this. Also, if anyone has screenshots of Crow's glorious exploits, please post them for great honor. —ǥrɩɳsɧƴɖɩđđɭɘş

Log on to my computer because virus got rid of userinit.exe and I'm shit at computers, so I won't be coming on PvX/GW until I fix it/build my computer (should have all the parts+have it built within a week though). --Crow 19:23, December 28, 2009 (UTC)

I haven't been on mw2 in like 3 weeks cos I got bored of it :>. However I suppose I could start playin it again, although I dunno how good my kdr is since my brother plays on it and is fucking terrible at gaming! --Crow 00:31, December 30, 2009 (UTC)

hi, mind voting? i keep getting mine removed. or just a well tag cuz its inferior to the other ele splits we have. cherio poppet! —The preceding unsigned comment was added by Gringo (talk • contribs) (UTC). 16:59, January 1, 2010 (UTC)

And I am kicked

We're kurzick ;P, but hell if they let me stay I'm sure they'll let you. Karate

There is a screenshot of a GvG match in my game design coursebook, and you are in it! --Frosty

I don't see why it should have been removed. pumps good lord damage. Vincent Evan [Air Henchman]

Me and a few mates won 31-0 on CTF abusing the care package speed boost. So loool. --Frosty

Category section for archive tags is for good/great (what rating the build was when it was archived) :> --Frosty

tell them Danny knows you're not botting because all the botters are in JQ and one of them is called Danny So Cute. also let them know about Bergen Hot Springs. also crow mcinterruptspam could not be crow mcbot! ··· Danny So Cute 20:16, 14 February 2010 (UTC)

Wow you got it right. --Frosty

You need to play assault more and get the M16, it's fucking amazing! --Frosty

Wow saint you are so mean. --Frosty

Does anybody know any good steering wheels+pedals for computer that aren't too expensive? I doubt any of you do because you all suck! BUT HERE'S HOPING SOMEBODY DOESN'T SUCK. --Crow 08:50, April 12, 2010 (UTC)

*yawn* I've made my opinion, so if everyone else wants the position, then that's fine. I just hope to YHWH it doesn't end up biting us in the ass. Karate

Only the botters get banned. --Frosty

Build:A/E WC Shock Ganker‎ You removed gvg tag, are you sure? I didnt revert cause like, you know more about it than i do but although it doesnt see much use, it see's more use than some of the other builds unarchived in gvg and ive never seen it outside of gvg.. just checking.--Steamy..x 01:54, June 4, 2010 (UTC)

I haven't seen it at all against any real guilds. I only really play ATs now but I'd still assume only things like byob would run it, which don't count. MoI and PS sins are the only ones I've seen used. If somebody else is seeing these around a lot just revert me, just that I haven't seen any ;o. --Crow 01:57, June 4, 2010 (UTC) 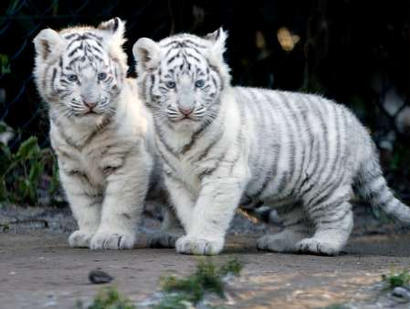 you get admin just let torean or someone clean shit up. You can just stick to vote removal/bans if you want

I think Auron was mainly interested in getting a new admin who did lots of cleaning up + moving pages etc. rather than vote removal/bans. Although as I said, he can always just give me power to ban people, it would definitely be the best option! --Crow 22:26, June 9, 2010 (UTC)

I'm not entirely sure. Frosty sure was OCD, but it's him that I see as the admin who would have the knowledge to make talkpage-based decisions, among with a wide build knowledge, which I don't think I see any current admin possessing. And no, I'm definitely not trying to say that I'm to the least good at the game, it's only necessary to some point. --ςοάχ? -- 22:29, June 9, 2010 (UTC)

It would probably be so that there's an admin with extensive build knowledge to manage that part of the site. However, I don't really see you giving a fuck, and with your recognized position as the PvP superiority, I don't there's much that you could/would do to benefit this site with admin tools.
Is a new janitorial admin really needed? --ςοάχ? -- 22:43, June 9, 2010 (UTC)

tbh, giving people with some understanding of the game power is a good idea, esp when arent extremely huge trolls (like me! considering 90% of my votes are troll votes), and if frosty approves, I think it shall be done!

"Currently, what we really need is what we lost - namely, a Frosty-like admin. We need someone who watches builds like a hawk and knows how and when to move, correct, tag, and generally maintain the build space."

Tbh, that is what we need. I think you could do that....if you were more active. Karate

Well I'd be more active if I had a reason to. With having Frosty and the other admins I haven't really had to do anything. If people want me to be admin I'll be more active, but as I said, I don't think people are too keen on me being one because apparently I'm aggressive! :> --Crow 10:10, June 10, 2010 (UTC)

Maybe Misery and Big should become more addicted...I mean active again. I will contact NCSoft and ask for god mode cheat codes for both of you.---XTREME 11:48, June 10, 2010 (UTC)

Would you like to see some amusing raging over the brand new feature of Guildwars, Player Versus Environment?--Oskar 13:07, July 3, 2010 (UTC)

Tell me what you think about that minibar; is it going to cover every split variation outside of those with a ranger? --Lemming 19:49, August 25, 2010 (UTC)

Dom balanced without Magebane Lem? Idk, kind of sounds like people want to play dom balanced and be faggots at the same time. Splits fine I guess, although you could maybe add WoH runner as an option --Crow 22:14, August 25, 2010 (UTC) 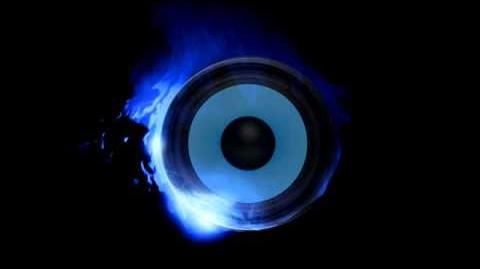 But only when you are a beginner or a champion.

I've OB's you a few months ago, you're a pretty skilled ranger so I was wondering on your expertise on something. I'm a fairly new player to the game, and I saw your comments on the Melandru's Shot PvP discussion saying how Needling Shot is a viable skill in PvP. I am wondering, why? The skill now has a 2 second disabling on all attack skills after activation, the conditional recharge isn't that great given that the spam of NS would drain energy when I'd need to do a Apply or a rupt. How would you use NS properly in the current meta?