Generally. He's erased it in the past. -- Armond Warblade

Because the company that owns those images can sue our asses off. We can't claim fair use on a userspace or signature image. The only thing you can do is contact them directly and get written permission to publicize their game via having it as your signature. Otherwise, we're at risk for having images that are copyrighted in use on this wiki, when it doesn't comply with our licensing. -Auron 06:07, 30 May 2008 (EDT)

Instead of being a little kid about it you could mark them for deletion for a copyvio. You can't expect Auron to find every copyvio on his own. — Skakid 09:16, 30 May 2008 (EDT)

Those arent copyright violation. They're all either drawn on paint or fan-made. --

Those on hydralisk's page were the same as one on mine and Dont's pages, taken from the same site (small one) and the official Pokemon art from some other site (big one). Idk if all the other violate something tho... --Super Igor *ninja!!* 14:00, 30 May 2008 (EDT)

I think it's Nintendo owned images that are the issue - either ones that are used in the games themselves, or ones Nintendo use as the normal image for one. I can't see myself sueing PvX because my userpage uses a picture that I drew. --

Im sleepy atm didnt get the last part but the small images are owned by the site from were they come, need to find the link its on Dont's page, but tbh, I dont know were does the big one some from and if it is really violating smething. --Super Igor *ninja!!* 14:05, 30 May 2008 (EDT)

Yeah, those are all copies of the icons used ingame I think, which means Nintendo owns their distribution rights. The ones that we are allowed (I think) are ones created based upon images owned by nintendo. --

deviant art tbh, ask the author if you can sue their image....you probably won't find an animated one , but for the most part peoples work are their own, and if you get their permission your free to use the image...~PheNaxKian (T/c)

the big gible i had was fan made tbh --InfestedHydralisk

small moving 1 was copyright from nintendo tho --InfestedHydralisk

Are you an admin on the other wiki. Please ban Droks from it its not me and anyway he is vandalising peoples user pages and generally being disruptive thanks --Droks 07:14, 5 June 2008 (EDT)

That image isn't fanmade. It's the official ninjask artwork in the exact same pose (while your latest version seems to be super blurry, it is still obviously the same image). I'm blocking you for willful violation of policy and reverting administrative action. Discuss before re-uploading the image upon return, or the ban length will simply be increased. -Auron 14:13, 5 June 2008 (EDT)

Well I asked you didnt reply...for a long time if you delete something dont fade away right away after that, its annoying, well, ok I find another picture of Ninjask but I had no clure to violate something why the hell you banned me, also how can I discuss something if Im banned lol not fair unban please, I find another picture yes iscuss it with you yes, unban please, unfair ban. >.< --92.40.194.118 14:22, 5 June 2008 (EDT)

Srsly the ban was unfair, responding to be is anuff unban now plz. T.T

Oh another source of confusion is that he kept Lord of destruction and IH's pokemon and deleted only mine. :'( Unban not my fault.

Wouldn't mind links to other images, but I faintly remember tab's being really user-created images, and not user-cropped-the-official-image images. -Auron 14:31, 5 June 2008 (EDT) 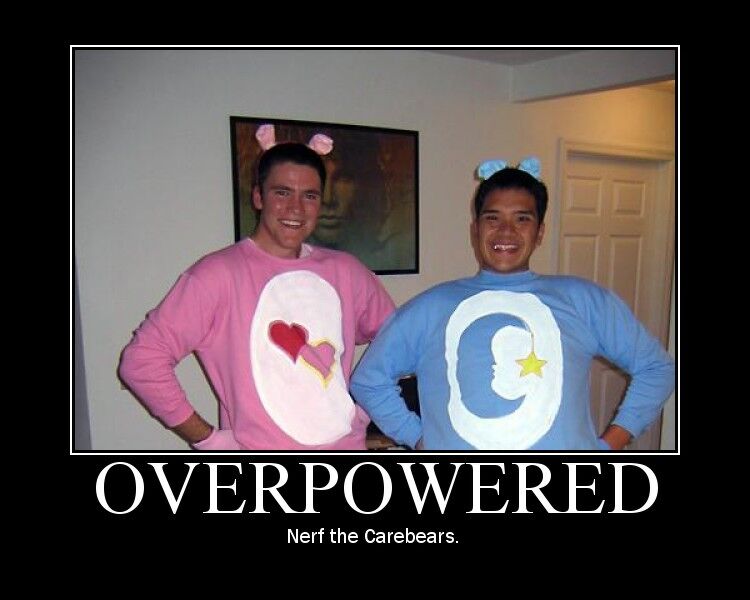 Or any other part of the internet, really... -- Armond Warblade

Okay, I'm sorry for reverting your changes and the cleanup tag. I just thought the build author had a nice sense of humor. Wtbursanswtsizzy 17:05, 9 June 2008 (EDT)

Here is the link you asked for, i already posted it on my talk but u didnt seen it :
http://pvx.wikia.com/wiki/Build:D/A_Wounding_Attack -Icarus

I saw it. It was deleted because other builds like it exist already - for example, this one and this one. In order for a build not to be deleted, it needs to be an original idea (or at least a breakaway variant of a common idea). Rapta thought the build was neither, and so he deleted it. -Auron 06:12, 6 July 2008 (EDT)

Not sure if you remember me so well (I'm sure you at least have a vague memory of that єяøהħ kid), but I figured I'd ask you, DE, and Armond for help. I'm not exactly sure why I chose you three, but you guys always seemed increadibly willing to help.

So, as I'm sure you are aware, scholarships are win at getting people free money for college. Leadership is a good quality to show and necessary in some scholarships. I've obviously been very inactive recently, but I was one of the people who helped clean up and set up a bit back during the early stages of the site. I was wondering if you could help a fella out and speak on my behalf if e-mailed by some scholarship money giving group about it. I don't want you to lie and pretend I help daily, but just reassuring them that I helped "clean-up" in the early stages while the site was still under construction would be very helpful. Thanks for any help you can offer. єяøהħ 02:13, 17 July 2008 (EDT)

Yea, I pretty much just need you to be a reference for me. Thanks for offering your help. If you don't mind, can I use your administrative email as a contact for the organization to use?єяøהħ 14:28, 17 July 2008 (EDT)