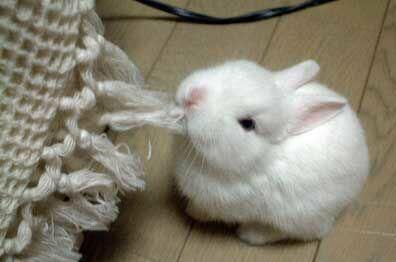 it had concluded as far as i, and others, are concerned. -

*cough* You're only "supposed" to remove comments that violate NPA..... Karate

wutever! pupu > what was there before. -

if you really want me to answer your questions, then get my msn off someone. Putting up a giant neon "DRAMA" sign for RC whores is getting boring. -

(03:38:31) Dandyhot: Saint refuses to play with Jake, Lau hates Saint, Thunda is just flaming anyone, and Saint is an easy target. I can't remember where Danny stands, but he lives on drama, and I just post everywhere
(03:38:55) Dandyhot: Then Frosty interferes to flame a random target because he will seem cool, and you try to get everyone stfu.
(03:39:58) Jon: that sounds accurate
Everyone, please grow up and shut up for the love of god. ---ChaosClause -

Honestly, its more about everyone trolling. I came here to talk to her about a build and why it deserved a WELL tag, and then people like Thunda started writing "shut the fuck up", people like Big started writing "omg whys you arguing with idiot gringo". People won't get bans anymore, so its useless to tell people to not be dumb, because its the only reason most people come here. Gringo 01:53, December 12, 2009 (UTC)

It got to all that because you were just reiterating the same point. If you would like to continue though, as I said, use MSN. -

AthrunFeya - 01:57, December 12, 2009 (UTC)
Saying that will start another flame war, though you're right. Whoever responds to this, just shut up and keep your opinion to yourself, I really don't think anyone cares enough to start another archivefull of drama. ---ChaosClause -

*Shuts up and keeps opinion to self*. Invincible Rogue

Please remove well because your only reason for welling it is that you think its bad. There are a ton of other people who also think its good and I did the run in 17 minutes last night so obviously it works. Also pull your fucking head out of ur ass. Just because you are build master and you think a build is bad that doens't mean it is fucking bad.jboy157

wow, language. I suppose the best way for you to prove it's capable of working is to do the run again, screencap your time (/age), upload it here, then post it in the talk of the build article. Otherwise, the well stays. And please, be nicer, I don't want to ban you. —  Biggles Jollyfist

Im trying to be nice but im tired of build masters welling builds before it has input from anybody else. What im trying to say is build masters think that they are the only people on pvxwikin that know anything about gw. So i am gonna ask again, please remove the well at least until more people give their input about the build.jboy157

Trying to be nice is not swearing every other word. I think keep the WELL tag but don't delete it until you screencap a time. Opinions? ----~Short~ 19:24, December 12, 2009 (UTC)
(EC ×1)What I'm saying is. This same theorycraft has been done before. We gave it a chance. It was tested. It did absolutely shit damage. Life is one of the better pve-players around here. He reported almost everything that worked and didn't work. I doubt there's anyway possible that you can make this work. You want to complain about build masters using WELL tags on your build? Well, therein lies the problem. She has that title because we needed more focus on the pve section. Personally, I wasn't around when she became a build master, but apparently she's better than us, who mostly go, "lol pve" or "pve is srs bsns". I'm not going to go back and forth with you. You have 2 weeks from the date it was WELL'd to prove us wrong. Otherwise, I will personally move that build into your userspace, then delete it. Do not rage at her because she's doing what her title requires of her. This is not a debatable issue. You have to prove to us that it works, or it'll never be vetted. Stop bugging over it. Just because your build isn't as good as you want it to be (in theory, of course), that doesn't mean you can't help improve the site. That's why we have talk pages. If it's really that bad, then you take it to the talk page, and make sure Lau (Athrun here) reads it. Anything more is just ridiculous and shows that you're being a tad too sensitive about your article. —  Biggles Jollyfist

IF YOU GO TO THE DISCUSSION OF THE PAGE, IT SAYS I DID IT IN 17 MINUTES, IF THAT IS NOT ENOUGH PROOF THEN I DONT' KNOW WHAT ISjboy157
AND ALSO STOP BEING A HUGE HYPOCRITE, THREATENING TO BAN ME FOR CURSING THEN YOU CURSE? LOLjboy157

im not gonna sit around while people well my build just because they think they know more about guild wars than anybody else. If they push me im gonna push back harderjboy157

(EC ×6)I'm not swearing at anyone, and please indent your posts by using a colon (:), adding one for every reply you make.

And I said post a screen shot. You've yet to produce one. Please do not reply on this page. I'll check RC and wait for your reply on your talk. You're being exceedingly difficult. And I can ban you for less honestly. I'm trying to be fair, but you're really beginning to grate on my nerves. Leave Lau alone. We'll discuss this like adults (assuming you are one). —  Biggles Jollyfist

LOL! Never make that assumption on this site. Ever.----ﮎHædõ๘یíɳ

Let me sum it up for you:

sorry, was making sure the page was filled with srsly important stuff as usual. -

Actually, you're only allowed to remove comments on basis of NPA, and when to archive is clearly written in policies, don't think you can just slip through those. -

yeahyeah, didn't we all. i'm selectively enforcing policy, that's how this wiki is run, isnt it? -

Lau, leave it alone. Technically you're right on policy, but that doesn't give you the right to start revert wars or bait him. Saint, stop being baited so fucking easily or you'll just give someone a reason to perma you. Karate

Being rather blunt here - don't you think thats the idea? -

Is it just me or does that look like it says JJ :) —Forget

Is what I call a low quality edit, I disapprove. --Frosty

made up for by the quality of porobee in the above edit? I'll rethink something more fitting though. -

A fitting edit would have rhymed with disapprove but w/e. --Frosty

And the UK christmas no. 1 single goes to...

Rage Against the Machine's 'killing in the name of'... wat -

And they couldn't think of anything better than RatM? Karate

Killing in the Name was a song about rebellion and such so it seems fitting. It wasn't really about what song it was, but more about just derailing the continious line of x-factor winners who get a free christmas number 1. --Frosty

Anthem of Envy isn't that good, your being terrible today as well it seems--

Anthem of Envy is amazing. --Frosty

It's pretty decent to be honest. Remember its full party and considering recharge that makes it better than skills like "i am unstoppable" -

Yeah but it's meh even with melee. If your going to use sabway or nukers it's wasted. Not worth keeping on main bar, asuran scan or another spear attack lets the para pump damage better--

You wouldn't really have the energy for either of those. There's also a huge list at the bottom of things you can replace it with if you want, so I'm not sure what the problem here is exactly. -

anthem of envy isn't vital to build, so there's no reason to mainbar it.--

But you are spamming GfTE all the time so i think you'll have enough energy for asuran scan... Tyrael

you still need about 3 hits before enough adren has built up (even with soldier's) and you only get a grand total of 5e for using it, that's barely enough to cover 1 of your 2 attacks, nevermind asuran scan and the rest of your skills. -

Even with a zealous spear? Tyrael

That's an extra 3 energy? so yes? You're netting about 10e per GfTE cycle (including gfte, zealous weap and regen). -

alliance reports someone did 11 minutes run. know about it?--

I heard about that but I dont actually know a lot about it. Lots of terras and MS is all I can guess. I think Life might know more than me (might have even been him). -

I genuinly got a few of these for christmas: I had some v nice kultainen krisp Panda chocolate in Poroland. Breakfast cereal shards = good excuse to have it for breakfast. - AthrunFeya - 23:08, December 26, 2009 (UTC)

I made a PvE para build myself now, feel free to look at it and post any comments ^^ http://pvx.wikia.com/wiki/Build:P/any_PvE_Damagegon Tyrael

Aren't they typically left up for longer than 27 minutes? :S Invincible Rogue

Okay! Wish me luck, I'm in the middle of the french alps and meant to be getting back today/tomorrow via eurostar. However, due to heavy fail they're running like a skeleton service, so maybe having an extended holiday in france... - AthrunFeya - 08:02, January 9, 2010 (UTC)

Welcome to our great nation where striking is a national sport ... Having a good time skiing nonetheless ? Hair Fetish Man 12:09, January 9, 2010 (UTC)