no i wasn't =o ----InfestedHydralisk

i said i was first =o ----InfestedHydralisk

the pic of my sig? ----InfestedHydralisk

My contest, the link is on the userpage. KThxbai

im gone for like 2 days and skills are getting retarted... ----InfestedHydralisk

no u r retarted =o --InfestedHydralisk

why would u need a second 1 rly =o --InfestedHydralisk

o so u r the guy, screen name..QQ =o --InfestedHydralisk

wtf, did i rly do that...or did u edited it? =o --InfestedHydralisk

u wouldnt think that eh? --InfestedHydralisk

meh, i shouldnt have added my my MSN >_< --InfestedHydralisk

Fact: Some PvX contributors will rate some builds down very low until they actually see a exp guild running it. This is proof on how retarted the community can be here. that is wrong tbh, that build was way diffrent be4 when the most votes was made, and besides rending touch destroys the idea of the build IMO. Fishels[슴Mc슴]Mootles 05:17, 21 February 2008 (EST)

Why didn't no one suggest changing Rending Touch for Pious Fury in the main bar then? If it did such HUGE difference then how come no one considered it, especially since it's in variants. Surrender! This is proof PvX is lawl. Godbox

They were asking for it. "Let's burn!" they would always say. Crazy bastards. - zomg!

it was cuz u were killing my zerglings --InfestedHydralisk

yah they were but on their way back, firebats were killin me zerglings =( --InfestedHydralisk

sry but i have to, got to addictive and want to quit --InfestedHydralisk

yah i said haihai but u didnt reply =( --InfestedHydralisk

o rite, wut kinda work do u do? --InfestedHydralisk

GuildofDeals 15:06, 25 February 2008 (EST)
tekk support for a market research company. I get to help dumbass plastic surgeons install webcams and then make transcriptions of them telling pharmaceutical companies how to market ineffective, harmful, and overpriced drugs to stupid people better. ): --71.229 15:08, 25 February 2008 (EST) no u

lulz i didnt know u could let ur account be deleted...would have done sooner if i knew lulz xd --InfestedHydralisk

that will probably be at autumn, by the time i will give u a message lulz xd --InfestedHydralisk

By leaving, you give me implied permission to kill 17 unbearably cute kittens. That is all. - zomg!

We need to trade codes soes I can hurt j00 - zomg!

So you want some wood eeh? ≈Display

gtfo, kittens > u at SSBM --InfestedHydralisk

Too much SSBM bragging IMO. Wait until you encounter the Japanese or Koreans... They whoop ass. Why do you think MLG is only full of white kids (Halo) and Asians (SSBM)? --

Being Koreans, they probably could make a couple hundred zerglings appear in Super Smash Bros, too. - zomg!

Yeah I know the Jap ed is pretty bugged but that's.. HAXX! ≈Display 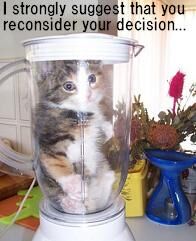 Have some of your GW-money since ur quitting? BTW, I'm sorry to hear about taht. Thanks in advance lol.

And then you would win my contest immediatley ^^.

:P wouldn't expect you to give away stuff to me randomly... that's sad because I'm fucking poor. Godbox

u bunch of beggars =P --InfestedHydralisk

:P Sad but true. When someone quits everyone suddenly turns into beggars. Godbox

and everyone wants to be ur friend >_> --InfestedHydralisk

I just played SSBB. It was fucking awesome. The Adventure Mode is a lot better and actually pretty fun. Here's a wrap up of new playable characters so far:

My friend hasn't gotten the rest, so. --

Some characters I haven't unlocked, but they're basically all the same. Marth is a little different though: His side-B is now an easier chain to complete and his normal B is now a stab instead of a slash. BTW, if you're a good enough survivor, Snake + Lucardio = pwnage. Just damage yourself up on Snake's mines and then blast away. --

BTW, Adventure Mode now has a plot line. It's pretty long and it does have the ability to save and such. It can done on Co-op or single. Basically, you have a choice of different characters on different situations. For example, it seems Pit and Mario are always together, as are Lukas and Pokemon Trainer, Olimar and Capt. Falcon, and Marth, Ike, and Meta Knight. Some characters you play for only 1 level or so then you unlock them later. Co-op can be hard though, as since the screen follows Player 1, Player 2 frequently gets lost, can't see, or is out of screen and thus takes damage. --

Ready for moar QQs, Hydra? Wii is region locked. So we couldn't even import it. WTB hax! And Fed-Ex! - zomg!

yah i know that sucks alot...luckily there will come a program for the Wii that will make it international..bad thing is....it will be released AFTER brawl..:/ --InfestedHydralisk

Where the fuck do you live GoD? SSBB is like one month away from release in Europe. Godbox

it jusr got released in america...--InfestedHydralisk

I actually don't own it though, but I was playing it all Sunday with my friend. He said he just unlocked R.O.B. and he is apparently a lot like Capt. Falcon... or he could be lying. --

lol from what iv seen is that R.O.B. is way different then capt. falcon =P ganondorf is more like capt. falcon tho --InfestedHydralisk

GoD is mostly right about everything, especially the part about Brawl being awesome. But some of the charachter descriptions are a bit off.
Also, Fox and Falco are a bit different. Falco's shield isn't as good now(You throw it? wtf?), and Fox is even more amazing than before(Use the final smash and get a TANK ftw). And the music is absolutely amazing. Oh, and to solve region-locking, simply import a Wii and Brawl :D Dejh 17:11, 11 March 2008 (EDT)

No dice, bro. UK uses like 240v sockets. Plug in an American system and it would smoke like a Bingo lady. - zomg!

The voltage converters I've seen were. I'll have to double check, though. Like right now <_< - zomg!

Cheapest one I can find that's suitable for imported game systems is £45. That's not too bad, actually. Hmmmm... - zomg!

Stuff in the UK is designed to work with it. Has fuses in the actual plugs and such. I wasn't exaggerating. See here: http://en.wikipedia.org/wiki/Electrical_wiring_(UK)#Supply_voltage - zomg!